Click Here to Read the September Issue of Golf Week

Keith Wells tied for first place gross at 156 and was awarded 1st low net in the 1st Flight with a total of 144.

Pam Hornbeck is the 2nd Flight Winner with scores of 103-84 for a total 187. Carol Butler was 2nd.
Donna Brown was low net in the 2nd Flight.

Ernie Johnson won the Men’s 3rd Flight with scores of 91-90 for a total 181. Tom Hogan and Charles Hopkin Tied for 2nd.
Randy Beckler was low net in the 3rd Flight.

Lema Jamieson is the 3rd Flight Winner with scores of 103-96 for a total 199. Jill Balling was 2nd.
Sue Blankenship was low net in the 3rd Flight.

Click Here for all of the Senior Amateur Scores

Falinda Hall is the 2021 Women’s Mid-Amateur Champion. Falinda scored a total of 7 points in Round Robin Play. Shirley Kaetzer was second with 4 points.

Carol Butler won the Women’s First Flight with a point total of 6 points. Nancy Zierolf was second with 5 1/2 points

Yun Ro was the winner of the First Flight. He defeated Kent Lenhardt 1 up.

The Purple Sage Golf Course was in excellent condition. It was a little smoky and the first day was breezy.
The weather cooperated for the last two rounds.
The WSGA would like to thank the staff at Purple Sage for all their help!

Jim was born January 21, 1935, in Choteau, Montana to Clint and Lona Lee Core.  The Core’s along with sons Clint and Jim and daughters Caryl and Judy, moved to Greybull, Wyoming in 1946.  Jim graduated from Greybull High School in 1953 and the University of Wyoming in 1957.  Jim married Virginia “Ginny” Booth on November 29,1958 and the two celebrated their 60th anniversary in 2018.  Jim and Ginny were blessed with four children, Susan, Jim, Steve, and Tom.  Jim, along with his dad and Uncle Jack Core, operated Core Chevrolet and Buick for over 30 years. The dealership was located at the site of the new Greybull Swimming pool, land that was donated to the city by Jim.
As we all know, Jim was an avid golfer and was a proud member of the Midway Golf Club.  In fact, Jim was able to play some golf this year, at the age of 86, and still could hit it right down the middle.  He even played in the first annual Core golf tournament in December last Christmas in AZ.
While still selling cars, Jim became a board member of the Wyoming State Golf Association in 1982.  In 2002, when the WSGA needed his services as executive director, Jim resigned from the board of directors as president and for the next 6 years he served as the executive director in charge of the day-to-day operations. He was inducted into the Wyoming Sports Hall of Fame in 2007 for his dedicated work to better the game of golf in Wyoming.   He was inducted into the Wyoming State Golf Association Hall of Fame in 2009 for his many years of service with the WSGA.
Following the closure of Core Chevrolet and Buick, Jim worked for Russell and Russell accounting and the Security State Bank.  Jim was a member of the Lions Club, Elks Club, and a former board member of the South Big Horn County Hospital District.  Jim served his country in the Wyoming National Guard as a Sgt. First class from 1959-1974.
Jim is survived by his four children.  Susan Ford (Troy), Jim Core (Sheri), Steve Core (Nancy), and Tom Core (Jerrie).  Two sisters, Caryl Cline (Roy) and Judy Atchison (Don).  Eight grandchildren, Clint Core (Kendra), Patrick Core (Casey), Christine Lodal (Geoff), Heather Jasnoch (Nick), JT Core (Alysa), Marrissa Whitford (Tyler), Kathryn Ford, and Alex Ford (Brooks).  Thirteen great grandchildren and one on the way in November.  There are also several nephews and nieces.
Jim was preceded in death by his wife Ginny Core, his brother Clint Core, parents Clint and Lona Lee Core, in-laws Dr. Louis and Virginia Booth.
At his request, their will be no services.

Click here for Scores and other Americas Cup Information .

Eric Lovell, Denton Shaw, and Trey Massey are the 2021 Three-Person Champions in the Men’s Division. They had a two-day total of 110, or 32 under par. Brandon Rideout, Cayl Carpenter and Wacey Lym finished a close second with a score of 111, or 31 under par.

Tom and Nancy Zierolf and Chris Bundren are the 2021 Three-Person Champions in the Mixed/Women Division after winning in a “sudden victory” playoff with Morgan Leyba, Andrew Gebhart, and Derrek Jerred. Both teams finished with scores of 122 which was 20 under par.
Click here for Results

Scott and Caitlyn Skavdahl are the winners of the Gross Division of the Devils Tower Flight. Their total score of 133.

Ellen and PJ Treide were the winners of the Devils Tower Net Division. Their total score was 121.

Tim and Cindy Marton were the winners in the Gross Division of the 77 Steakhouse Flight. Their total score was 149.

Larry and Carol Parker were the winners in the Net Division of the 77 Steakhouse Flight. Their total score was 128.

Kirby Coe-Kirkham came in first in the US Amateur Qualifier held at Jacoby Golf Club in Laramie on July 6. Kirby had rounds of 67 – 70 followed by Brian Dorfman and Trey Massey. Both Dorfman and Massey had two-round totals of 139, just two strokes behind Coe-Kirkham. Kirby is from Sheridan, Brian Dorfman is from Denver and Trey Massey is from Lander.
Click here for all of the Results

Click here for Scores for the Junior Amateur in Lander.

Click here for Scores for the WSGA Amateur Chapionship 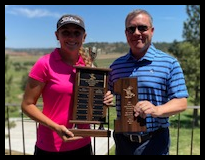 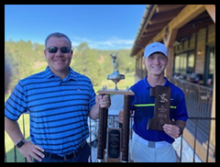 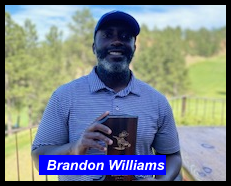 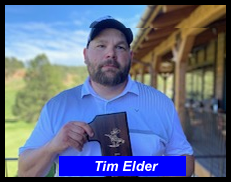 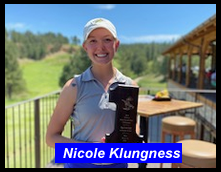 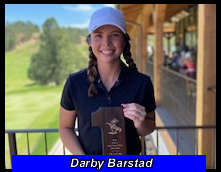 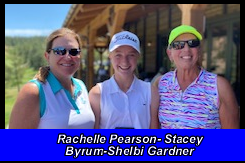 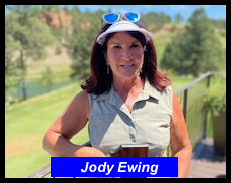 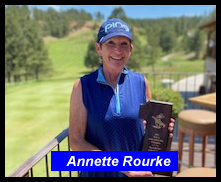 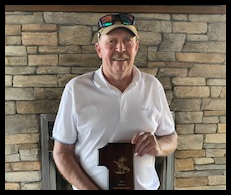 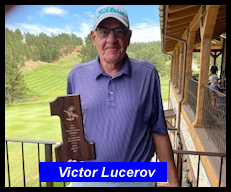 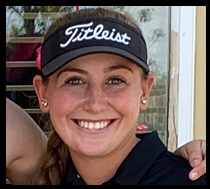